Indah Water Konsortium (IWK), the national sewerage company, strives to provide efficient and environmentally-caring sewerage services to all Malaysians. These services are monitored and evaluated for continuous improvements.

Occasionally, the flow of wastewater in the underground public sewerage pipelines is blocked by rubbish or solid waste/objects. When this happens, the wastewater will overflow at the public manholes. IWK is responsible for clearing the blockage in the sewerage pipelines through the manholes using high pressured water hoses, high powered vacuum and/or mechanical rodders within 24 hours from the time of notification. You can help to prevent this overflow by not disposing any solid waste in the toilet or the sewerage system within your premises.

Areas, which have a sewerage system that is connected to a public sewage treatment plant would have "manholes" along the roads or sidewalks. Public manholes are covered with a round metal cover made of cast iron and an embossed with "JPP" (Jabatan Perkhidmatan Pembetungan), "Indah Water" or Local Authority's logo. There have been many cases of the cover being stolen by unscrupulous individuals. New manhole covers come with a hinge and lock to prevent theft. IWK will replace the missing cover within 12 hours from the time of notification. 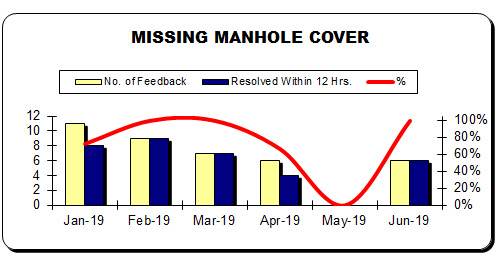 IWK is responsible for maintaining the network of public sewerage pipelines for areas, which have a sewerage system that is connected to a public sewage treatment plant. The most common problem encountered is blockage caused by rubbish/solid waste, grease, rubbles, grit, and occasionally damaged pipes. IWK will rectify the problem within 24 hours depending on the type of objects blocking the passage using high pressured water hose, high powered vacuum and/or mechanical rodders. If there are broken pipes, IWK will replace the pipes and ensures minimal inconvenience to customers.